The Trash or Treasure Comedy Show 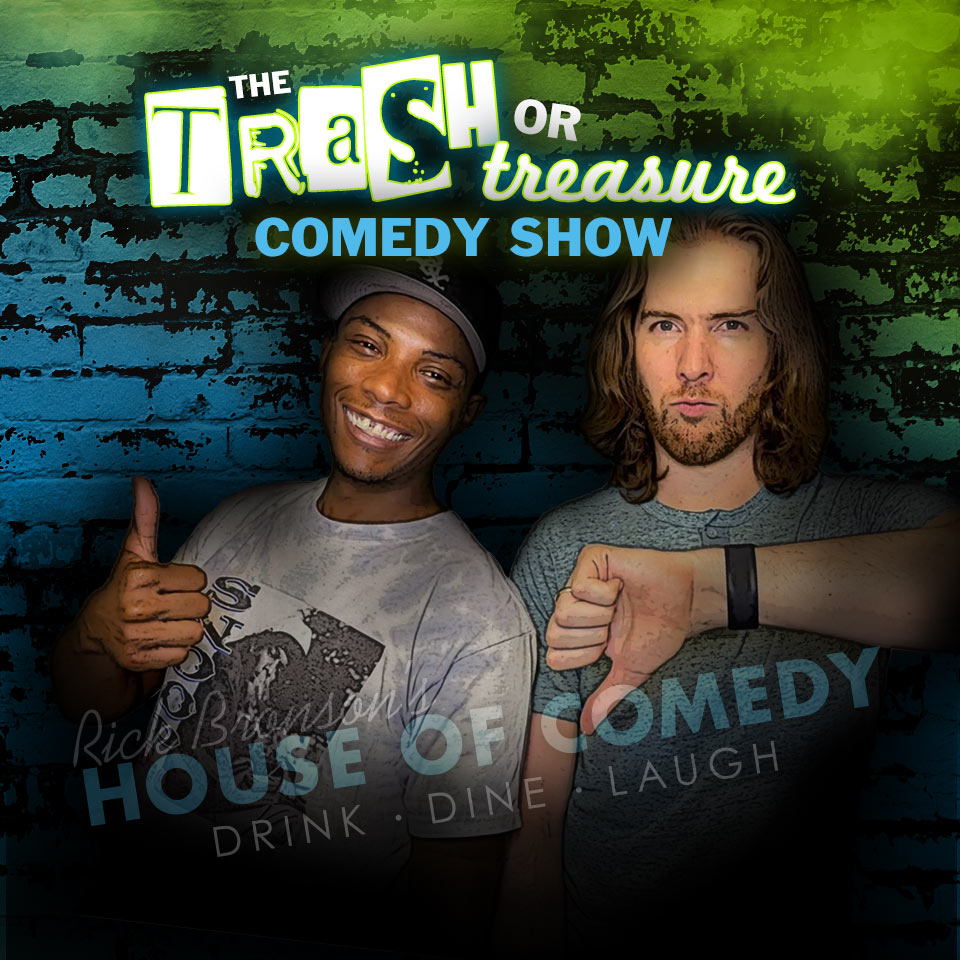 It is said that one man’s trash is another man’s treasure. This show seeks to prove that by pitting 8 comedians head-to-head in a hilarious tournament-style debate of “what’s hot” and “what’s not”.

Each round will consist of two comedians that will be given a hot trending topic such as “TikTok, Kanye West, the High-Five”. One will have to argue the pro (treasure) side vs the other arguing the con (trash) side of the topic for the audience to decide if it is Trash or Treasure. That’s right - we are keeping or canceling people and trends right on stage y’all.

The comedians that make it through the first round will advance to a speed round of trash or treasure. Winners will close out the night with a stand-up comedy set for continued laughter.

Hosted/moderated by the host of  iTunes top-charting podcasts Stephen Settani and the hot and hilarious up and coming comedian Lamar Mitchell J.R.

This show is brought to you by A Comedy Advice Podcast and We Major Presents.