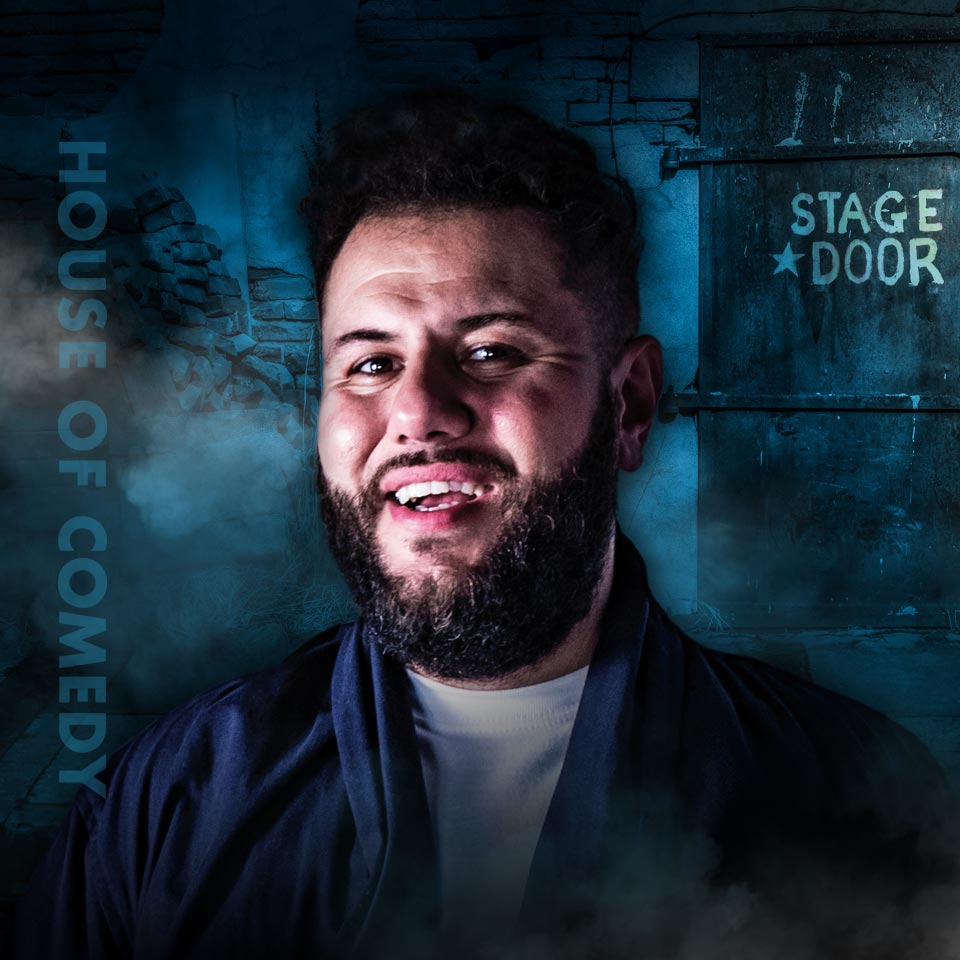 (Please note the showroom has a one menu item minimum)

Mo Amer is an Arab­ American stand up comedian and writer of Palestinian descent, known for his iconic work with the comedy troupe “Allah Made Me Funny” – the longest ­running artistic collective of Muslim comic performers in the world.

On October 8, 2018, Amer debuted his first stand­ up special on Netflix, entitled “The Vagabond.” The special was filmed at the historic Paramount Theatre in Austin, Texas and features a number of easter eggs, including a surprise appearance (off camera) by Amer’s longtime mentor Dave Chappelle (credited as “Announcer”), and original music by members of the legendary Roots crew (beat by Stro, lyrics by Black Thought). The special was directed by veteran comedy director/producer Stan Lathan.

A pioneer in Arab ­American stand ­up, Amer’s humor consists of observational comedy, political satire, and race related material, heavily drawing on autobiographical elements, as well as his unique improvised, conversational style. He tells his unusual, circuitous lifestory, detailing how he managed to travel the world without a passport for years before finally becoming a U.S. citizen after two decades; had an American soldier pull a weapon on him (at a military show) in Iraq; and once had Bradley Cooper (unintentionally) rescue him in the Middle East.

Amer has performed in well over two dozen countries on five continents, and he is the first and only Arab American refugee comic to perform for U.S. and coalition troops overseas. His sold out shows worldwide include performances at the Royal Albert Hall and Hammersmith Apollo (London), Acer Arena (Sydney), Nelson Mandela Theatre (Johannesburg), and Shrine Auditorium (Los Angeles).

Additionally, Amer has toured extensively with Chappelle, performing over 600 shows with the standup legend, including at his historic run at Radio City Music Hall, where he shared the stage with Jon Stewart, Chance The Rapper, Ms. Lauryn Hill, Childish Gambino (Donald Glover), Trevor Noah, Hannibal Buress and Ali Wong.

Amer’s television credits include Comedy Central’s @midnight , TRU TV’s Comedy Knockout, and HBO’s Crashing. He also appeared on Bassem Youssef’s historic show ‘Al­Bernameg’ (aka ‘ The Daily Show of Egypt’). Last year, Amer made his late­ night debut on CBS’s Late Night with Stephen Colbert, while Rolling Stone named him among its “10 Comedians You Need to Know.” He will appear as a series regular on the Hulu original series Ramy (co ­starring with Ramy Youssef) in 2019.